What is OCD (Obsessive-compulsive disorder): Symptoms, Types, and Treatments?

Obsessive-compulsive disorder (or OCD) belongs to anxiety disorder featured by a pattern of uncontrollable, unwanted thoughts associated with repetitive behaviors a person feels compelled to take action in order to ease the thoughts. Its onset typically happens in early adolescence or young adulthood. OCD tends to be chronic. People with OCD might be aware of their situations, assuming that recurrently uncontrollable thoughts and repetitive acts are irrational. Yet, they find it difficult to resist such thoughts and behaviors.

Obsessions mean that a person keeps holding thoughts, images, ideas, and impulses in one’s mind over and over again in most of the time. Due to frequent recurrence, these thoughts are so intrusive that they get occupied in one’s mind much more than other matters do. Although a person makes an effort to ignore or suppress them, it seems ineffective. More specifically, obsessions refer to thoughts that:

Compulsions are behaviors or mental acts that a person repeatedly performs to ease or prevent the stress or dread event caused by obsession. The behaviors are repetitive and ritualized. People with compulsions, for example, are likely to sweep and vacuum the house 3 times per day, whereas it is common for average people to clean up the house once or twice per week.

Symptom A: either obsessions or compulsions

It is of importance that obsession and excessive worries about daily problems are two different aspects. Obsessions involve more imagery than worries do.

Symptom B: obsessions or compulsions cause marked distress

The thoughts or behaviors are quite often time-consuming (take more than 1 hour/ day), or interference with daily functioning (including normal routine, occupational functioning, social activities, relationships)

Symptom C: Not due to the direct physiological effects of a substance

The effects are caused by a drug of abuse, medication, or other significant treatment.

Etiology (or Causes) of Obsessive-compulsive disorder

Regarding the cognitive perspective, OCD is a paradoxical effect of trying to suppress particular thoughts. Suppression of thoughts appears to accidentally increase the person’s frequency of behaviors. OCD is persistent due to the person’s maladaptive attempts to reduce such obsessional thoughts. Importantly, how people react to their instructive thoughts is a primary problem. For example, one employs thoughts of harming others, the person with OCD tends to assume: “Well… I am truly evil for thinking to harm others”. They also strongly believe that other people will be harmed due to their thoughts or at least, their thoughts increase the probability that others will get harmed such as “That man got hurt badly because I wished that. It was terribly guilty” or “I could hurt other people if having negative thoughts”.

In terms of behaviorist view, obsessions are learned anxieties through classical and operant conditioning. Whereas, compulsions are reinforced through anxiety reduction.

Thought suppression explanation: the more you want to forget the thought, the more it comes to your mind.

Several of other contributors to Obsessive-compulsive disorder:

The first treatment provides a person with OCD an opportunity to think, act, and react to unhealthy thoughts and behaviors with an aim to replacing uncontrollable and unwanted thoughts with productive and healthy ones. ERP is also a talk therapy which is a specific form of CBT. During ERP, a person with Obsessive-compulsive disorder has exposure to matters originating his/ her anxiety and then the person involves in new responses in order to prevent repetitive and ritualized behaviors. Antidepressants could be used for OCD, but combination medication with CBT does not work as well as CBT alone. 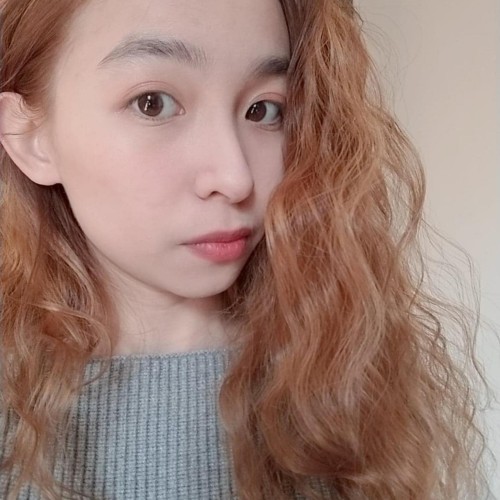 Anh Ngo
I am a fourth-year Psychology student at University of Manitoba, Canada. My interest of psychology specifically turns into Abnormal Behavior field where to examine what, why and how some of the people's behaviors and thoughts are maladaptive and inappropriate while others do not. I love working with people, travelling and listening to soft music. "A brief history of Humankind" is one of the most interesting books I have ever read.