What is Schizophrenia? Myths, Causes, Symptoms, and Treatment

‘With as many as 51 million people suffering from Schizophrenia worldwide, it is a mind-boggling fact that the awareness level among the general populations has still not reached its satisfactory extremity.’ The lack of a deeper conception, sensitivity and a time period of uninterrupted ignorance are mighty enough to give birth to stigmas associated with mental illnesses.

Schizophrenia is the truest example of this and needs to be liberated from the myths attached to it with each passing age. So, what are some of the heart-rending myths of Schizophrenia? How reality is different from all these perceptions? Let’s dive into the details to obtain all the answers!

What is Schizophrenia in Actuality?

Schizophrenia is a combination of two Greek words, ‘skhizein’ – split and ‘phren’ – mind. So, this letter-for-letter translation when put together builds up to something like a ‘split mind.’ This is where most people go wrong. They identify Schizophrenia with Dissociative Identity Disorder (previously called MPD) which is again totally wrong.

What is Schizophrenia? Schizophrenia is a chronic mental disorder that is supposed to affect less than one percent of the population in the US. Most often the patients admit that they see unusual things and hear voices, which on the other hand do not exist for the other people around them. This is how the disorder slowly takes over the discerning and thinking ability of the sufferer.

A person will be considered a Schizophrenic only when he or she has been experiencing baffling emotions, thoughts, and behaviors for a substantial period of time. Also, this disorder has been found to affect males and females to an equal amount, although males are more vulnerable to the early onset of this brain disease.

Several types of research have been carried out so as to find the cause of Schizophrenia, but none of them has been truly able to disclose its origin. Researchers are however of the opinion that Schizophrenia can be an outcome of numerous changes in the environmental, psychological, genetic, and physical factors.

Moreover, altered brain chemistry where the neurotransmitters like dopamine and glutamate seem to have some errors in their functioning can contribute to Schizophrenia. It is be agreed upon that uncertainty still rules the minds of the psychologists and researchers. But, they are still focused on studying the changes in the brain structure and functioning of Schizophrenics to obtain more clues about this malady.

It is a very common phenomenon in the medical world that people suffering from a similar disease may experience the same disease to different intensity, but with a few common symptoms. Here, I would love to share a survey that was conducted by NAMI (National Alliance on Mental Illness) in the USA. It said that 64% could not recognize the symptoms of Schizophrenia and went to the extent of considering split personalities as one of its symptoms.

So, let’s get started with the process of knowing the actual symptoms of Schizophrenia. Here we go:-

In psychology, a term called ‘word salad’ is used to define a mixture of words that are absolutely incomprehensible to the listener. This is a marked symptom of Schizophrenia in which both speech and thoughts seem to confuse the hearer.

In today’s time, there are many people who have actually battled with the disease and are leading normal lives. Relapses can be prevented with the right medicine and support from the near and dear ones. Moreover, having conversations with people and recognizing the disease at an early stage can help the patient in fast recovery. There are numerous charities and organizations that are fighting for the cause of Schizophrenics. Reaching out to them can instill new hope in the patients for sure.

Eduard Einstein, the son of the great physicist Albert Einstein was a sufferer of Schizophrenia. He died at the age of 55 at an asylum where he spent three precious decades of his eventually fading life. His case gathered much limelight and since then his lineage had carried on with some tasks of spreading awareness about this chronic mental disease. This inspiration derived from Einstein’s family certainly needs to be adopted by each one of us.

A true realization of the state of a Schizophrenic and acceptance by the society can deflate all the myths for the better. It is to be understood that the images of violent characters stricken with Schizophrenia shown in television and cinema halls is not thoroughly authentic. Rationality is indeed required to separate facts from the sea of myths.

As Elyn R. Saks (a real-life hero who lives with Schizophrenia) describes in her words:-

“There’s a tremendous need to implode the myths of mental illnesses, to put a face on it, to show people that the diagnosis does not have to lead to a painful and oblique life. We who struggle with these disorders can lead full, happy productive lives if we have the right resources.”

- Advertisement -
Previous articleTop 5 Ways Being Single Can Improve Your Life
Next articleWhat is a Phobia? Categories, Causes, Symptoms, and Treatments 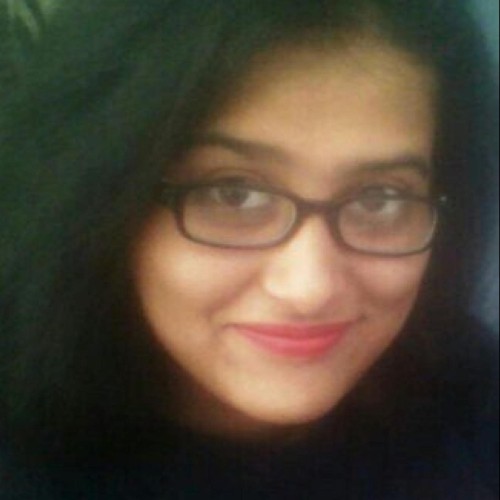 Sonali Sharma
Sonali Sharma is a BSc (Medical), graduate. She has a fine interest in Psychology and writing. She has been a regular blogger for several websites.