What is Trypophobia?- Fear of Holes! Symptoms, Causes, And Treatment

Do you feel uncomfortable looking at Honeycomb, Enlarged pores of the skin, Bubbles in Dough, Ant holes, Clusters of holes? You might be suffering from this phobia which is a fear of holes. This strange phobia named Trypophobia was defined 12 years ago, and after that many people have since come forward who are suffering from this phobia. Now before we tell you what is Trypophobia or fear of holes, its symptoms, causes or treatments, let us first see what is Phobia? 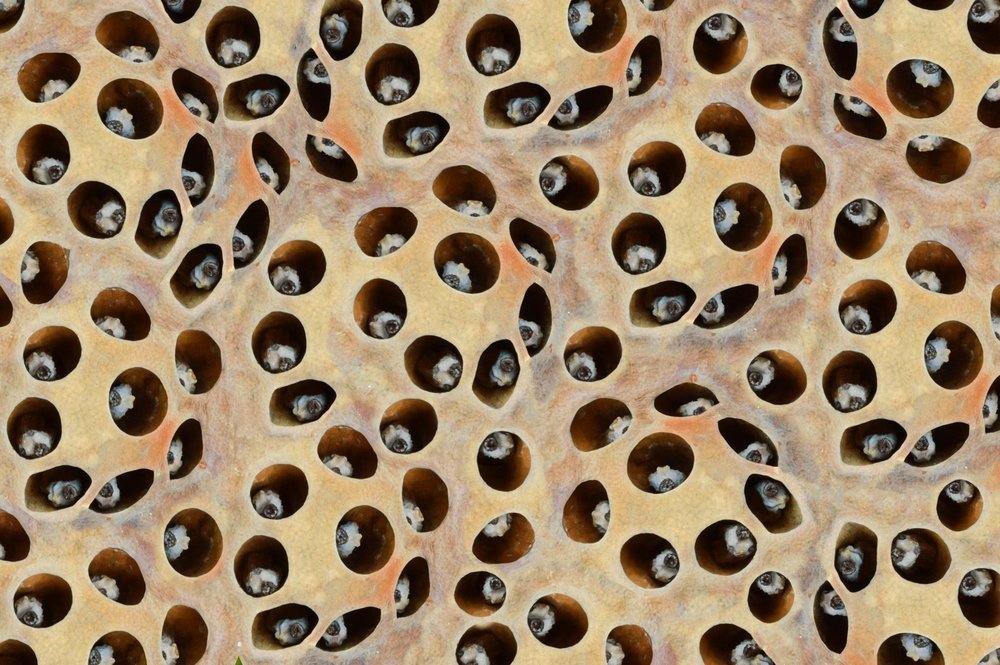 This is a fear from irregular patterns or clusters of small holes, in simple words fear of holes. The term was coined by internet users in 2005 according to the sources. A study in Psychological Science suggested about 15% of the population might Have this phobia. Researchers believe that our genes have a certain notion when they see holes or clusters and that is a danger. Maybe that is the reason some people fear that. It is still termed as a mental disorder but if the fear is seen as persistent and causing distress then it comes under the category of Specific phobia. It depends on how the person is responding to it.

Before the term was coined no one really came forward to admit that they fear holes or clusters. But ever since it has become popular on social media people are accepting that they might be diagnosed with trypophobia (fear of holes).  It is also observed that you might not like the sight of it but there is other distress reported.

Signs and the Symptoms

This phobia often comes with an autonomic nervous system response.  Beehives, bubbles, sponges, holes on strawberries, coral, pomegranates, condensation, spotted skin on insects, mammals etc, when seen by people, may cause discomfort at first. They even experience nausea, itchy, goosebumps, disgusted at the sight of it or worse a panic attack. It can also result in serious migraines to hot sweats and increased heartbeat.  Excessive fear seeing that thinking it might harm them. There are certain sensations that people experience in their bodies has also been noted. 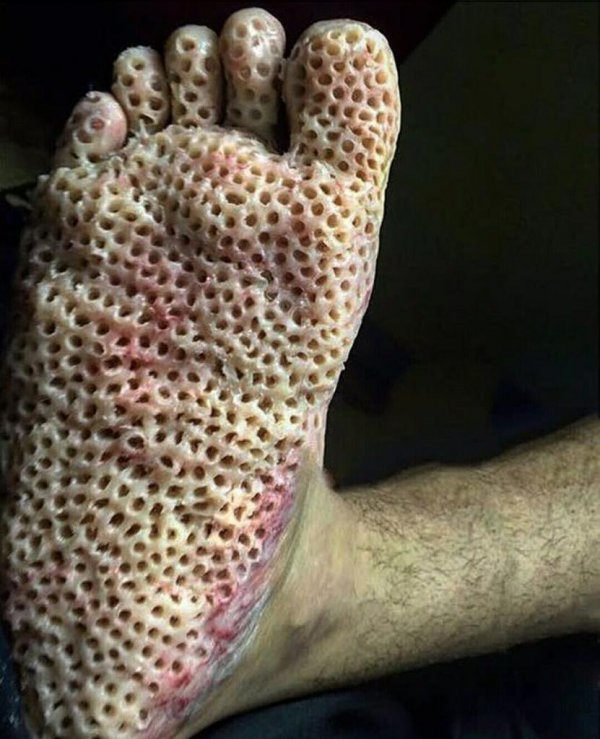 Wilkins and Cole have tried studying this phobia. They said it is “unusual but common “. The title of their paper was “Fear of Holes”. What they make out is that trypophobic images have rather a strong similarity with certain animals. The animals we think are dangerous for us so seeing the sight similar to the alerts/warns our brain. Yamada and Sasaki propose that the reactions people give are because of the association with skin diseases.

A Chinese study evaluated whether the symptoms of Trypophobia are present in preschool children and their discomfort was based on the visual stimuli specifically. It was said that the discomfort was mostly because of the cluster pattern itself.   Professor Matthews gave another theory stating that people fear those images because of priming and conditioning. Though some researchers even question the validity of this fear of holes as a phobia.

A study from 2017 shows a link between Trypophobia, Major Depressive Disorder, and Generalized Anxiety Disorder. According to the research people with fear of holes are more likely to experience the other two. When people see images it makes them feel uncomfortable that leads to an unpleasant situation which in turns creates anxiety to them that could possibly go to depression thinking something is wrong with them. Another study in 2016 reveals a link between social anxiety and fear of holes.

If you ever feel that you are affected by a certain phobia, see a doctor. The doctor will ask certain questions regarding the symptoms that make you think you have one. The person’s case history is taken very well that includes a previous medical condition. It is still not officially recognized as a disorder so it might take time to get diagnosed with one. 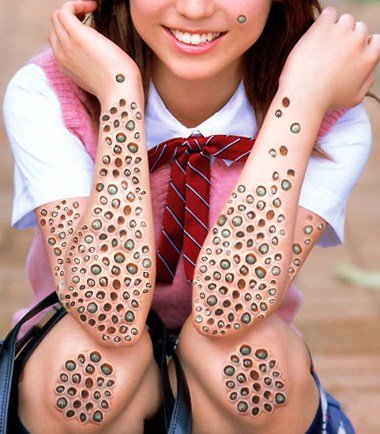 To conclude the above-written points.  A phobia is a type of anxiety disorder that causes an individual to experience extreme fear from a certain object, situation or place. That has three categories specific, social and agoraphobia. Under specific phobia come the Trypophobia that is basically fear from holes. An irrational fear that is yet to be official in the manual for disorders. Some researchers validate its existence while others say it comes from our genes or has an evolutionary basis. The person experiences great heights of fear which leads to other conditions of phobia.

Diagnosis is quite difficult because no clear theories have been defined for its existence. Yet therapies are available for the treatments. Maintaining a healthy balance between life and stressors is important.

Fear can be literally from anything but not everything can be termed as a phobia. Unless and until that certain fear doesn’t hamper with your daily routine or is causing distress it cannot be termed as one.

I fear dogs but naming it as a phobia is not correct. I’m certainly afraid that it’s not a stressor for me. Anything that scares you has the power to control you and only you can give or take that power. CBT provides you that knowledge to introspect whether your fear is based on some irrational or irrelevant stand. Overcome them before taking it on you.

When you explore your fears then you set yourself free!