A commonly held modern notion is that the purpose of life is to be happy. More specifically, one’s own happiness is the metric for a successful existence. While this notion is predominantly held in the modern age, it is not anything new.

Early descriptions of the pursuit of pleasure above all else can be traced to writings such as The Wisdom of Solomon. This dictum has been highly prevalent in our culture; however, it is deeply erroneous. And all of us know it.

Happiness in relation to what?

There are a number of problems with making happiness the goal of life. The first issue is that it is vague and ill-defined. What does happy exactly mean? Does it mean happy now, the next minute, two hours, ten years? Very often what makes a person happy immediately augurs them into the ground in the medium to long term.

What if the activities that make you happy make your family and everyone else around you miserable? Is happiness still appropriate to pursue in those cases? The first flaw with making happiness a primary pursuit is that it is not properly equilibrated and is bound to create conflict.

It is also important to point out that positive affect can be extremely destructive. People who are manic (characterized by mania) are gripped by Euphoria. People who are drunk from excessive binge-drinking don’t have any care in the world.

However, both instances lead to catastrophic outcomes. Individuals in the grip of mania can burn through absurd amounts of money because of the delusion that all chances of negative outcomes are nil. People possessed by Dionisius make fools of themselves and then come to regret it the next day with a hangover.

The purpose of positive emotion, from an evolutionary perspective, is to signal that the probability of a desirable reward is high. The purpose of happiness is to prompt an organism to take advantage of the opportunity that rewards are to come (Gray 2003). This is why extreme positive effect has a sense of impulsiveness to it.

It is supposed to be impulsive. It is designed to capitalize on the present rewards. However, it is self-evident that this is not the appropriate response in every situation. It is not anxiety that drives teenage pregnancy. It is an excess of positive emotion.

There are many times in life where the assumption of happiness is not only not appropriate, but also not desired. For example, it would be safe to assume that if a person is happy at his or her parents’ funeral, that something seriously has gone wrong. It is fair to assume that everybody has had experiences that were so dismal and dire that not only did they question the utility of their own existence, but existence itself.

Having a parent receive cancer or Alzheimer’s diagnosis, being viciously bullied in school, being sexually assaulted, or having a deeply cherished dream fall apart can make people question as to what sort of “all good god” conjured up a universe where such things are permitted to happen.

Life does have an arbitrary element to it. People can be struck by tragedy through no fault of their own. Martin Heidegger, an existential philosopher, had coined the term “thrownness”. It is exactly what it sounds like. People are tossed into existence. They can’t control who their parents are, how attractive, how intelligent, which era to be born to, etc.

If not happiness, then what?

So, if happiness is not pursuit of life, then what should be? The challenge with discussing the purpose of human life is that such questions can fall prey to endless relativism due to varying religious and cultural assumptions. Regardless of the culture, a universal maxim can be that the purpose of human life is to perceive and act in such a manner that the fact that life is difficult and tragic is justified.

The maxim could be taken further. The purpose of human life is to perceive and act in such a manner that the suffering of life is no longer just acceptable, but even desirable. That an individual can say, at any point in his or her life, that it is better to exist than to not exist at all.

All people are ever doing (at the highest levels) is acting to have a statement be in the affirmative (rather than the negative). And this is nothing new. Whenever people don’t act in a manner that makes existence desirable (by their own definition), they experience intrapsychic dissolution and existential confusion.

It is the engagement in those activities that maximally justify an existence that makes those activities intrinsically meaningful. In order to find those meaning full activities, it is worth asking the following questions:

2. What personal experiences or unique perspective do I have, that no one else likely has, that would warrant me the ability to work towards the eradication of this injustice?

3. What is one small step I can take to work towards alleviating this sort of circumstance befalling anyone else?

These questions are just the beginning. The pursuit of the deepest meanings of life is a process that is to be regularly engaged in (not just to be theorized about at a university philosophy department). It is quite helpful to have a word document where you answer these questions and revise them as you have more experiences.

Sources:
Gray, J. A. (2003). The neuropsychology of anxiety : an inquiry into the functions of the septohippocampal system. Oxford University Press. 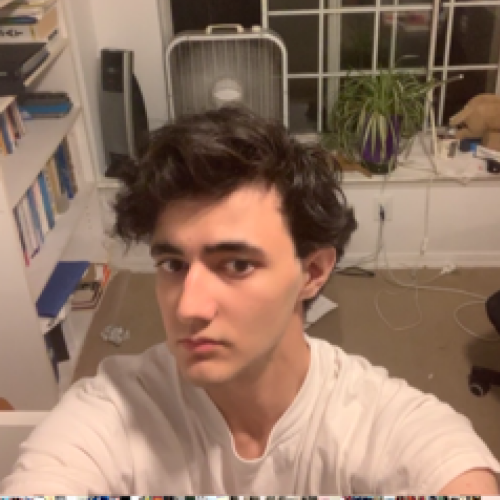 Gaurav Mahindru
Gaurav Mahindru is a freshman at SJSU studying psychology. He is interested in artificial intelligence, existentialism, abnormal behavior, and childhood psychopathology. He has a YouTube channel where he explains popular films and media using a Jungian psychoanalytic approach