Impressing a boy might not be that hard for a girl. Just wearing a sexy dress and a little bit of makeup and hair is usually going to do the trick. Mostly. Maybe you can say first impressions work well that way. But if you go for a long-term kind of a thing there are a few little subtle things that girls do which guys find adorable. Most of the times, girls do not even know that guys dig the “unimportant things” that they do (just out of habit or say, the things ingrained in her nature). Or maybe some girls are smart enough to know that and we might call them manipulative, but even that is kind of cute.

When the girl wants something (or maybe doesn’t want something), out comes the pout and the guy has no way to escape that. It is so adorable that it’s impossible to disagree with her.

Also read: 10 Reasons Why You Should Date A Sensitive Guy

2. Your Shirt is Mine and So Are You!

There is nothing cuter in the whole world when a guy finds his girl wearing his oversized shirt. That is cute as well as sexy as hell. It says that she has a claim to her guy just as she has to his shirt.

Guys love to see when girls play with their hair during conversations. The whole act when a girl just rolls her hair over her fingers or tucks a strand behind her ear is innocent but adorable times ten.

Also read: Insecure in a Relationship? Here’s How you can find out.

4. Stealing Glances of Him

It happens that when a girl loves a guy she would constantly look into his eyes while she is busy talking to others. At other times she just steals glances at him. That makes the guy feel so important and irresistible, he just loves the attention.

5. Playing Video games With Him

If a guy finds a girl who loves playing video games with him, there is nothing more fun that he would ask for. Guys love it when their girl is more than a lover, a buddy who can play a match of video games. Cool, isn’t it!

6. Watching Sports With Him

Yes, some girls are crazy about sports and would tear down the couch during a match. What better can a man expect! Another few girls just try to give company to their man even if they are not into sports. That is so adorable whether they get it or not… they try and that’s lovable. Period.

Also read: Be Your Most Attractive Self With These 10 Body Language Tips

7. Rising on their toes 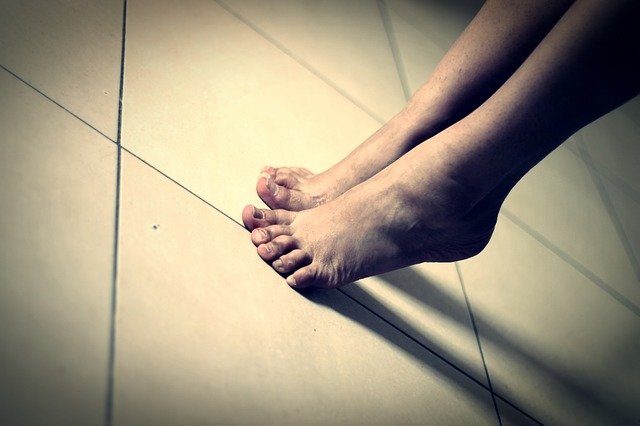 This is not something that they do it for the fun of it. Rather, to get something from the top shelf, but the sight of their girl rising on their toes is kind of a turn on for many guys. It’s even better when they can’t reach and ask for some help!

The guy might have been dazed by a girl when she had a good makeup on but when there is none he would just love the natural self she is, nothing artificial. It shows how comfortable and confident she is with her guy.

9. Eating Everything and Not Low-fat

Yeah, guys love that when a girl doesn’t count her calories and gorges on a big cholesterol-laden greasy burger. Nothing is better than good food and an even better partner to share it with.

What better to de-stress and unwind after a long day with a cold beer and what better than your girl handing you one and taking out another out of the fridge for her. Beer buddies…that’s the way girl. Can life even be better!

Also read: How To Deal With A Hot Girlfriend

This article was contributed through our submit article section. You can contribute too.

About 10% of the population is left-handed. For the left-handed people of the world, life isn’t easy. Everyday objects of...

What Does Your Life Path Number Say About You?